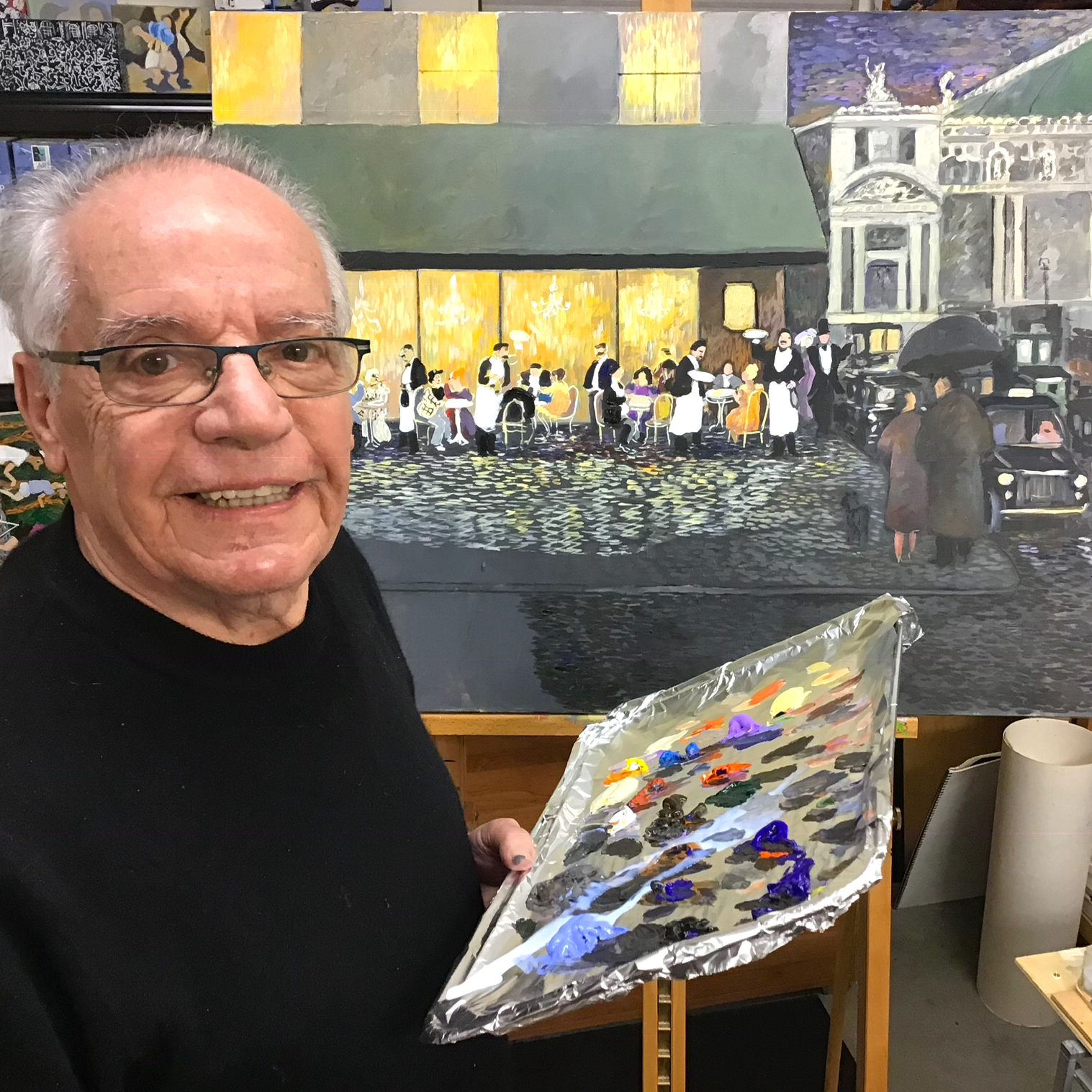 A Fine Art & Wine Pairing with 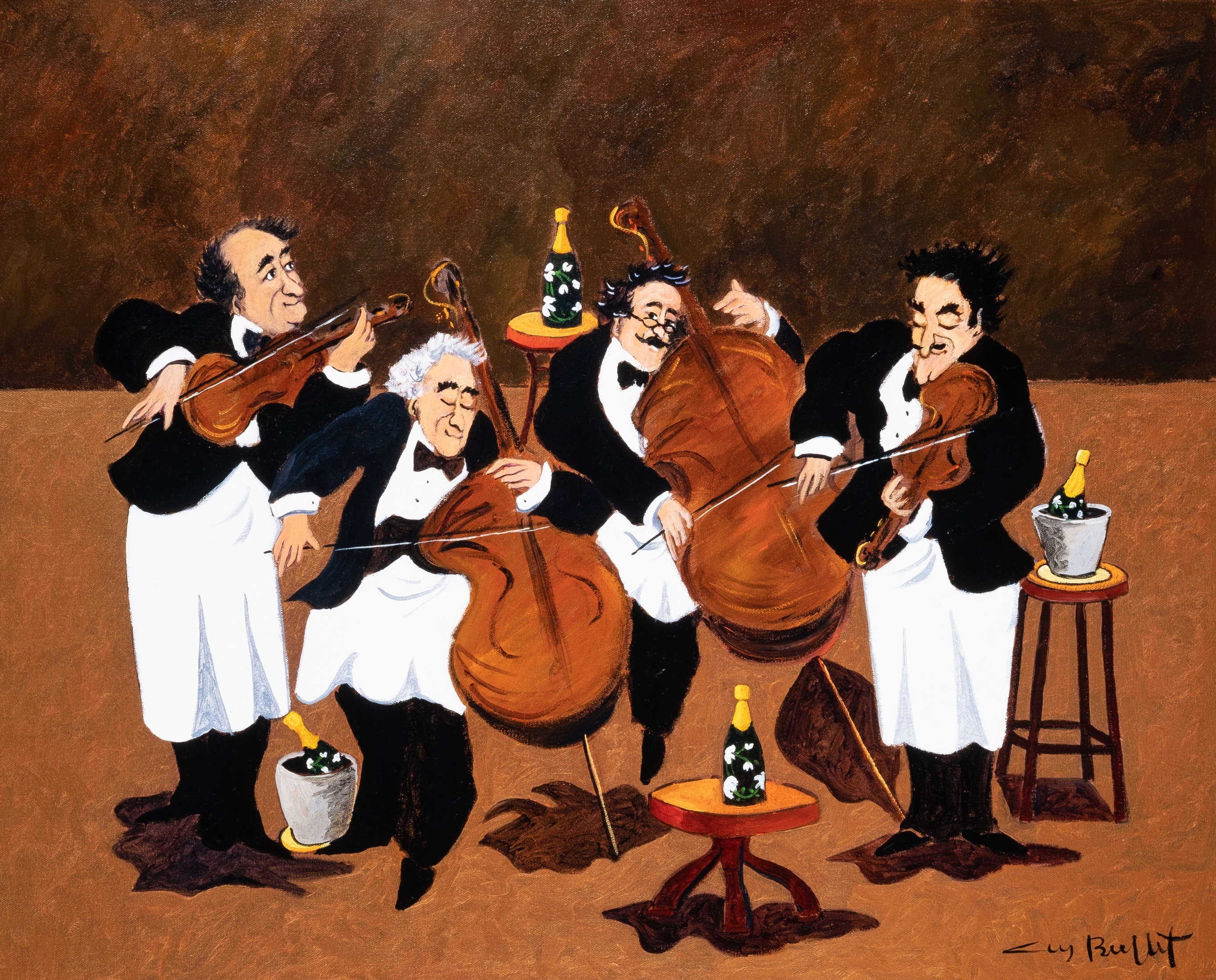 11 x 14 in.  Giclee on Canvas
Individual: $450 unframed ea.
(No gift with purchase offered for individual prints.) 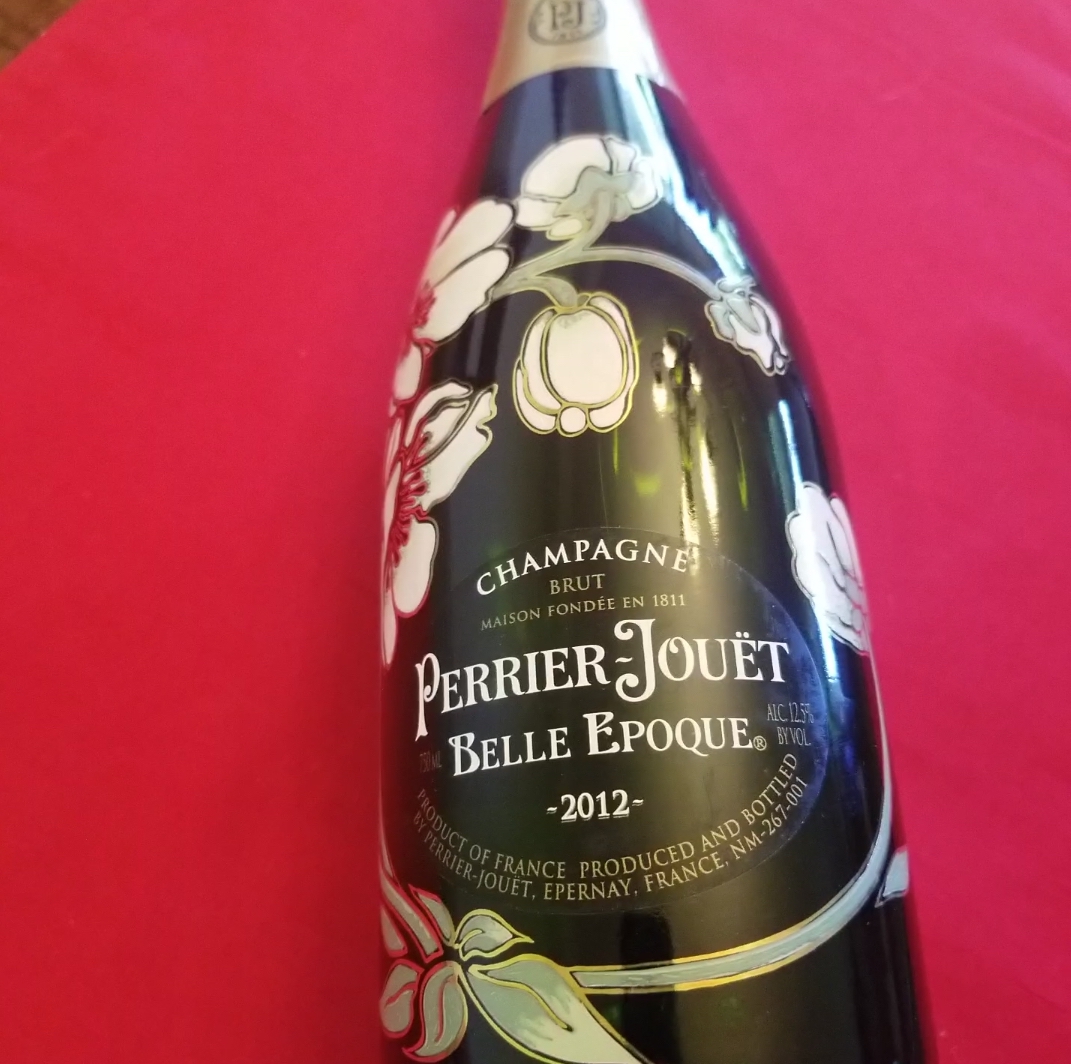 Gift of signature flower bottle Perrier-Jouët Belle Epoque Brut with any acquisition of Guy Buffet's art of $5,000 or more. 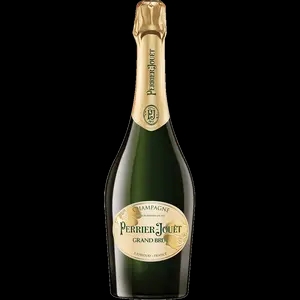 To View Guy's collection of artwork for sale:

Guy Buffet reflects on his long relationship with Perrier-Jouët

"My relationship with Perrier-Jouet (pronounced pear -E- ai- joo-ET) in Paris in 1984, when I married Laurence Benoist, daughter of famed restauranteur, Francois Benoist. The marriage reception took place in Francois’ restaurant, “Chez Les Anges”, in the 7th Arrondissement. Champagne was provided by Perrier-Jouet and its President, Pierre Ernst, attended.

During the reception, Monsieur Ernst took note of my paintings on the walls of the restaurant, among them some painting of chefs and waiters. He requested a meeting and made a proposal for me to paint a few pieces surrounding the Belle Epoch era, featuring Perrier-Jouet’s stunning fleur (flower) bottle, in iconic restaurant settings such as Maxim’s, Cafe de la Paix, Cafe de Paris in Monaco, the Orient Express luxury trains and the Queen Elizabeth II ocean liner.

Thus began a long time relationship that lasted over 20 years. The paintings were reproduced on numerous posters, calendars, fine art lithographs, cards and beautiful champagne gift boxes, used at special events and sent to buyers all over the world.

A bronze statuette, “Gaston”, was cast at the Paris Mint as a bi-annual award and given to the Best Sommelier of the World. Finally, a collection of fine tableware was created, which led to many years of tableware offerings at Williams-Sonoma stores and in millions of their mailed catalogs, which made Guy Buffet a household name."