The Beatles
"The music of The Beatles has influenced our generation and allowed me to visualize a different dimension based on each song's lyrics.  This series of originals and prints are my own very humble tribute on canvas to the work of these creative geniuses." ~ Robert Lyn Nelson
Loading... 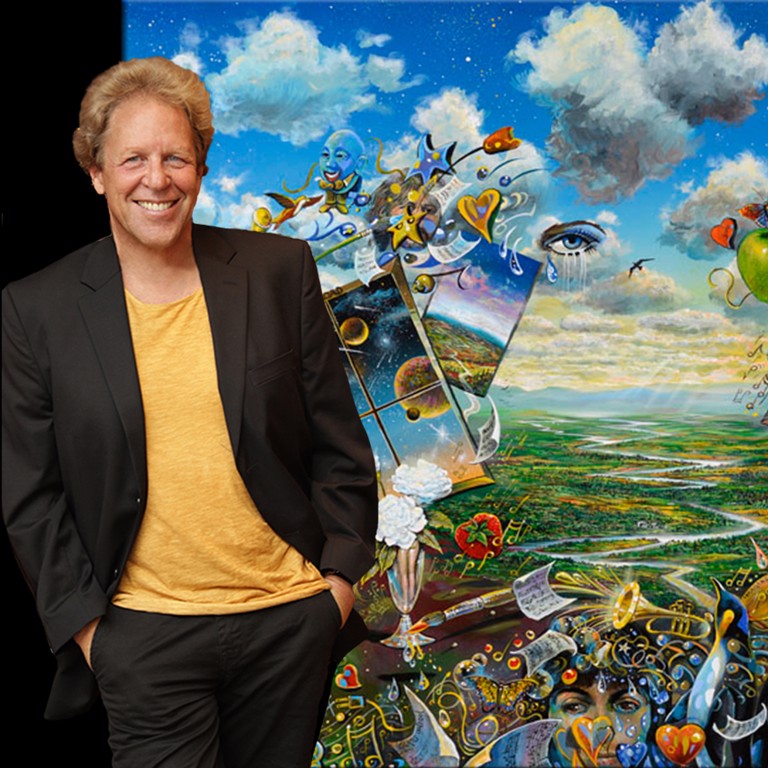 What began as an unexplainable, undeniable drive to draw beginning at age 3, has propelled Robert Lyn Nelson into an elite minority of distinguished artists.  His extensive works span all styles and mediums; in fact, many defy categorization, as they are in a class by themselves.

Nelson received worldwide acclaim for pioneering the Modern Marine Art Movement with his 1979 painting, “Two Worlds”. This original painting played a significant role in inspiring a new movement of marine conservation efforts.  Since that time, Nelson’s unique interpretation of the world around him has led to increasing surrealistic elements featuring a complex dream-like dimension to visionary art.  The artist’s ever-evolving style and varied subject matter consistently re-ignites interest from previous collectors and countless new admirers alike, who are moved by the intense mystical sensation his paintings and drawings evoke.

Pablo Picasso, Gerhard Richtor, and David Hockney, known for their versatility and considerable artistic range, inspire Nelson to continue creating works in various styles - from realism to cubism to impressionism to non-objective abstractions. Nelson believes creativity is boundless, and artists should not limit themselves in any way when it comes to expression.

Robert Lyn Nelson’s art has been widely admired and acquired by collectors around the world for over five decades - an incredibly rare accomplishment.  Lahaina Galleries is proud to be a part of this incredible artist's journey.